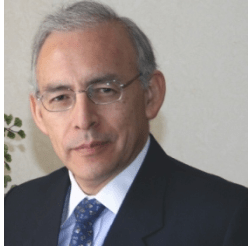 During his tenure (2011-17) as director of the World Bank’s Global Indicators Group in DEC (DECIG) Augusto Lopez-Claros oversaw the production of the Bank’s Doing Business Report, a rich database offering insights into business environment conditions in nations spanning the globe, as well as the report and database Women, Business, and the Law, a biannual publication taking a close look at the ways governments used the law (e.g., the Constitution, the Civil Code, Company Law, the Labor and Tax Codes) to discriminate against women, adversely affecting their ability to take part in economic activity. During presentations made at the European Bank for Reconstruction and Development, the Law Society in London, the Australian Banking and Finance conference in Sydney, the Stockholm School of Economics, and elsewhere Dr. Lopez-Claros has stated that inequalities in education artificially reduced the pool of talent which societies could draw from; by excluding qualified girls from the educational stream and promoting less qualified boys, the average amount of human capital in a country would be reduced and this would have an adverse impact on economic performance. The promotion of female education led to lower births per women, not only because educated women would have greater knowledge about family planning but also because education created greater opportunities for women that could be more attractive than childbearing. Lower fertility levels helped reduce child mortality and expand the range of educational opportunities available to the next generation. With reduced fertility levels the working-age population would grow more rapidly than the overall population and this would boost per capita economic growth.

A possibly equally powerful driver of economic growth associated with the narrowing of employment gender gaps had to do with the “bargaining power within families.” Not surprisingly, when women worked and earned income as a result, they would be more empowered within the home. Beyond the direct personal benefits to her, the economics literature had identified a number of other favorable effects such as higher investments in the health and education of children, higher savings, more productive investments and better use and repayment of credit, all of which were beneficial for economic growth. Yet another avenue of influence had to do with growing evidence that women workers were less prone to corruption and nepotism than men workers. The evidence came from a number of sources; a survey of 6500 companies carried out in the United Kingdom looking at the gender composition of company boards showed clear evidence that companies with greater female participation in boards were less likely to be hit by governance scandals involving bribery, fraud and other factors likely to depress business confidence. So, boosting the employment of women was likely to be beneficial for economic growth through improvements in the quality of governance. Picking up on these and other themes Dr. Lopez-Claros coauthored the 2018 book Equality for Women = Prosperity for All: The Disastrous Crisis of Gender Inequality (St. Martin’s Press).

Director of the Global Indicators Group in DEC
The World Bank