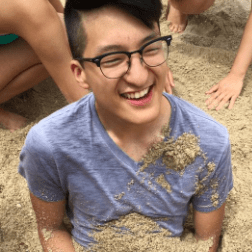 I am an iOS developer who loves building beautiful apps that solve complex problems. I have designed, developed and shipped a personal project that was ranked in top 200 under Food & Drink in the App Store using Swift 5.

• Was the sole iOS developer doing bug fixes, optimizations, and new features for 3 iOS apps, one of which has over 600k monthly active users and over a million downloads.

• Deployed 8 WebView apps in both the Apple App Store and Google Play Store.