Mr. Chaudhuri’s educational experience is grounded in business. He attended the University of California at Los Angeles (UCLA), where he earned a bachelor of arts in economics and later, an MBA from UCLA’s Anderson School of Management. He also became a Certified Public Accountant.

Mr. Chaudhuri began his career in financial audit with Ernst & Young in 2001, where he was a senior consultant. In 2004, he began work as a financial analyst with Walt Disney Pictures, then moved to the biotech firm Amgen, where he was an international accounting manager. In 2008, he became vice president of finance for Strategic Global Management, a member of the KPC Group, before taking his most recent post at KPC Global Management as Executive Vice President of Finance.

Outside of work, Mr. Chaudhuri has a number of hobbies and interests. These include cars, playing pool, fishing, food, movies, and investing. 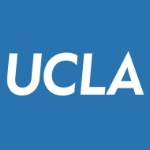