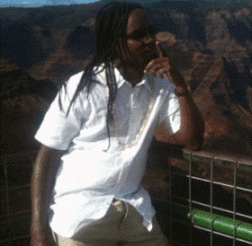 Over the course of his career, emergency physician Dr. Kenneth Mwatha has served his community through patient care, community outreach, and research. Dr. Ken Mwatha currently serves as an attending physician at the Saint Agnes Hospital Emergency Department, having previously served in a similar role at nearby Harbor Hospital. A graduate of the emergency residency program at Johns Hopkins University, Dr. Ken Mwatha earned his doctor of medicine from the same institution.

Before enrolling at Johns Hopkins and during his time as a student and resident, Dr. Kenneth Mwatha contributed to several research initiatives, including the HIV as a Trojan Exosome project. He has also served his professional community as the Emergency Medical Services director at MedStar Harbor Hospital. He also spearheaded the Community Outreach subsection as a nominated member of the Emerging Physician Leadership Council.

An accomplished athlete as well, Dr. Ken Mwatha served as starting scrumhalf on the University of Wyoming men's rugby team. Honored with the title of Western All Star in the 2000 National All-Star Rugby Tournament, he also competed with his team to become runner-up in the national Collegiate Rugby Championship in the same year. Dr. Mwatha went on to play as starting fullback and scrumhalf on the Baltimore-Chesapeake men's team for six seasons, during which time he also founded and served as captain of the Johns Hopkins Emergency Medicine Soccer indoor league team. He remains involved with several indoor leagues as a recreational player.

Bachelor of Science Degree in Zoology, Graduated with High Honors. Starter for UW Men's Rugby Team which reached Division 1 National Championship in 2000, ended up ranked number 2 in the nation. Played for the Western Collegiate All Star team in the All American Selection Tournament. Played for Eastern Rockies All Star team.